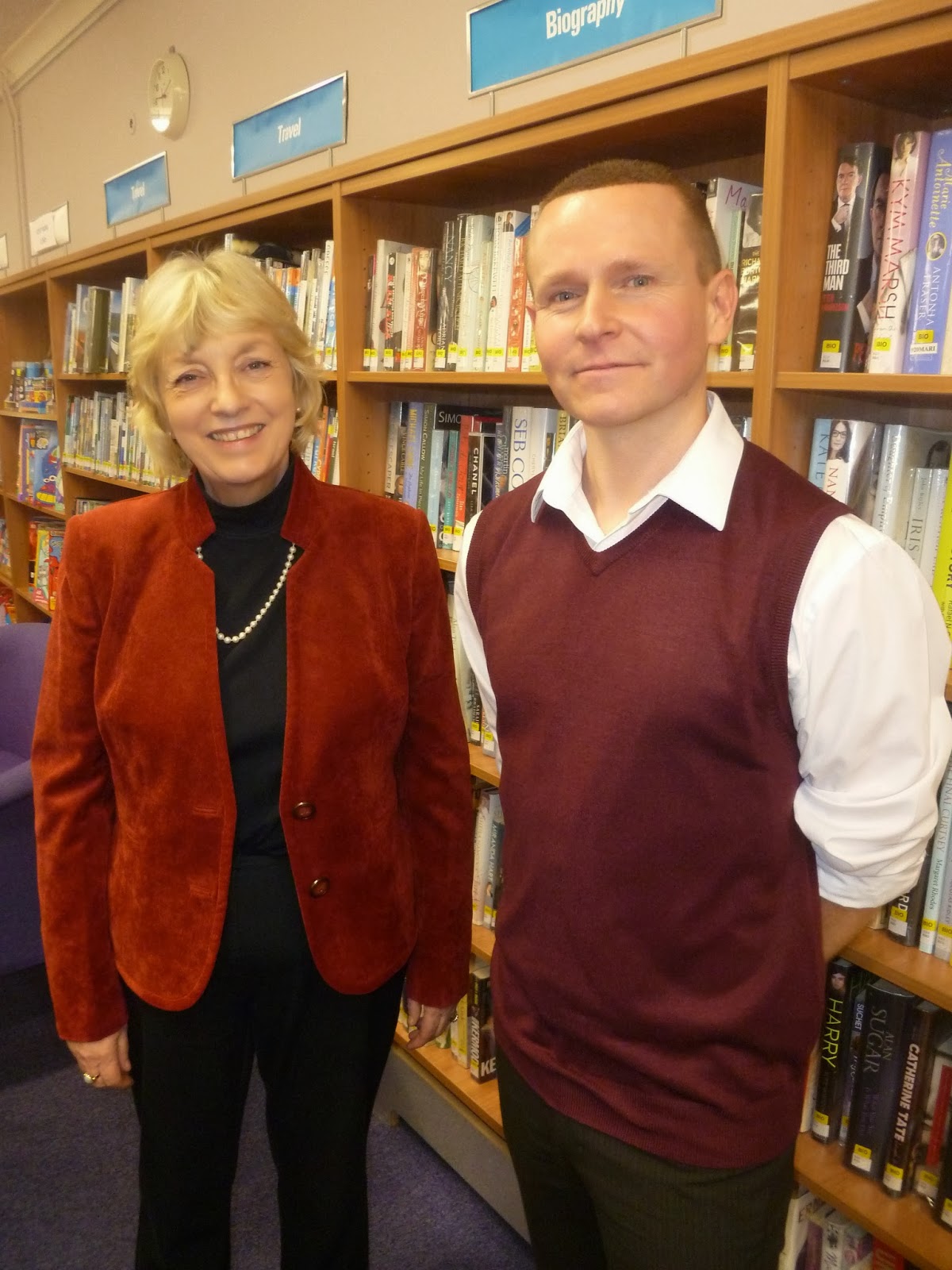 A lively and thoroughly entertaining evening was had by everyone who attended the Friends' third annual general meeting on January 30th 2014.

Guest speaker Liam Dixon (pictured right with Pauline Morozgalska) from the Surrey Library Service's 'Property Environment Stock Team' (PEST for short!) spoke about his role in managing the vast array of stock across the county. It's his job to make the judgement call on what books to buy and how many, and where to deploy them!

Thankfully, he said, he hasn't messed up spectacularly yet, but he lives in fear of getting it wrong! One in five of 50 Shades of Grey issues were from Surrey, said Liam, and he was pleased to have anticipated the popularity of series.

Liam's passion for reading shone through and though he learned his trade with Waterstones, he said he is happier in the library service where he can recommend a good read to customers without them worrying that he might be trying to get them to buy. Referring to the successful coffee and cake mornings introduced at Molesey Library in November, Liam said: "The coffee is the cheapest in town but the books are a great deal too - we have these wonderful books and the fact they are free makes the library the best deal in town." 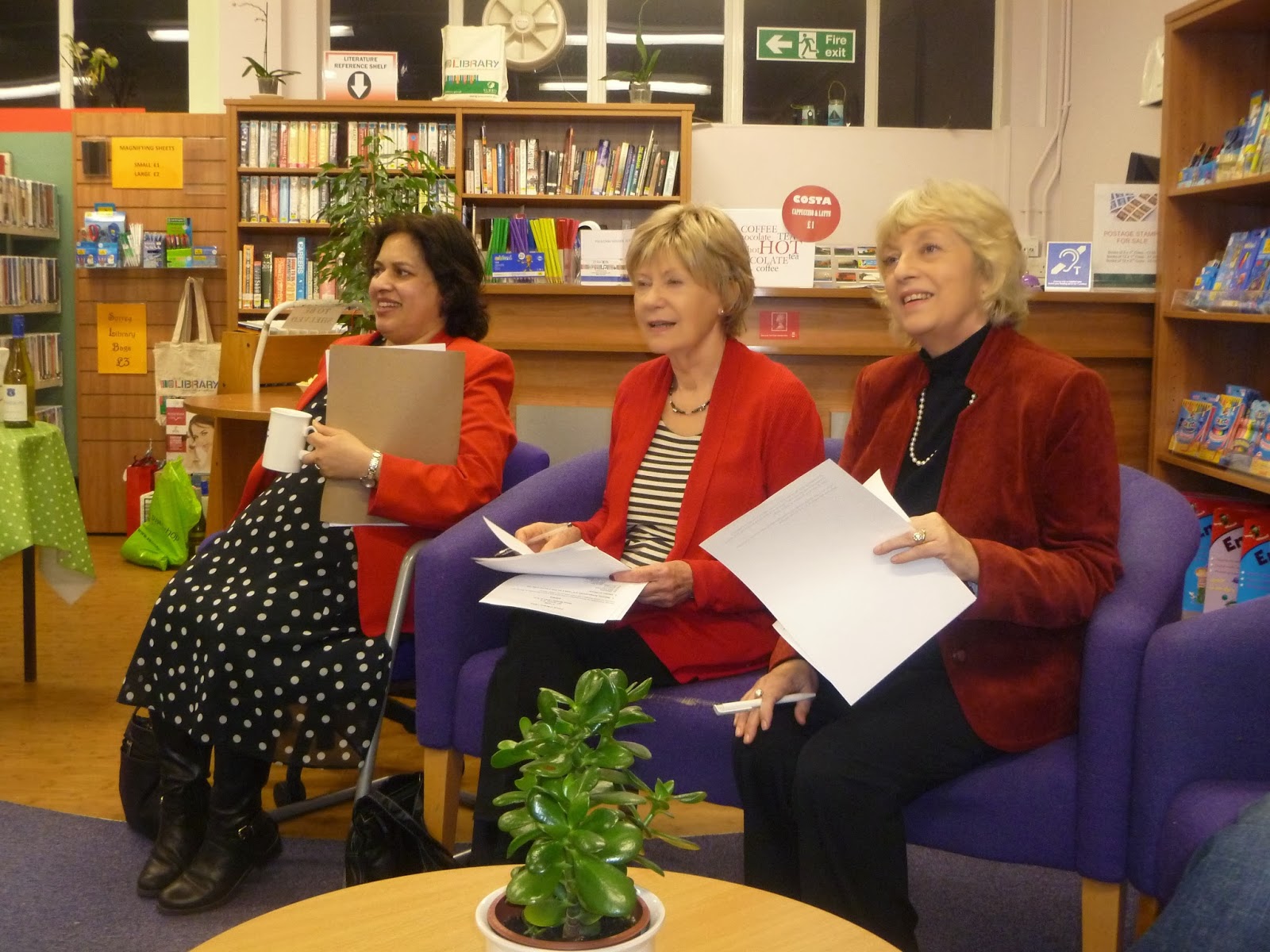 Liam had some surprise news for the audience and the Friends when he revealed that footfall at Molesey Library was up 10% and the number of 'issues' was up 1.4% in December - the equivalent of 725 extra books being borrowed. He said children's picture books were going great guns.

Printed books nationally are in decline as sales fall year on year, and the numbers being borrowed are falling too - however in Surrey issues are increasing, which suggests the service is doing something right. December is traditionally a quiet month for issues, as everyone's preoccupied with Christmas, so to have numbers rise at Molesey was very encouraging, Liam said. And in fact Molesey was one of the top performing libraries in Surrey at the end of 2013 - which is excellent news.


He also spoke about 'grubby stock' and dead stock, which are books that are falling apart or not being read because they are out of favour. In April 2013 the amount of dead stock was 14% but currently 92% of books on the shelves are in with a good chance of being borrowed. Paperbacks have a shelf life of two years and hardbacks have four, and Surrey makes efforts to sell unwanted stock rather than pulp it. 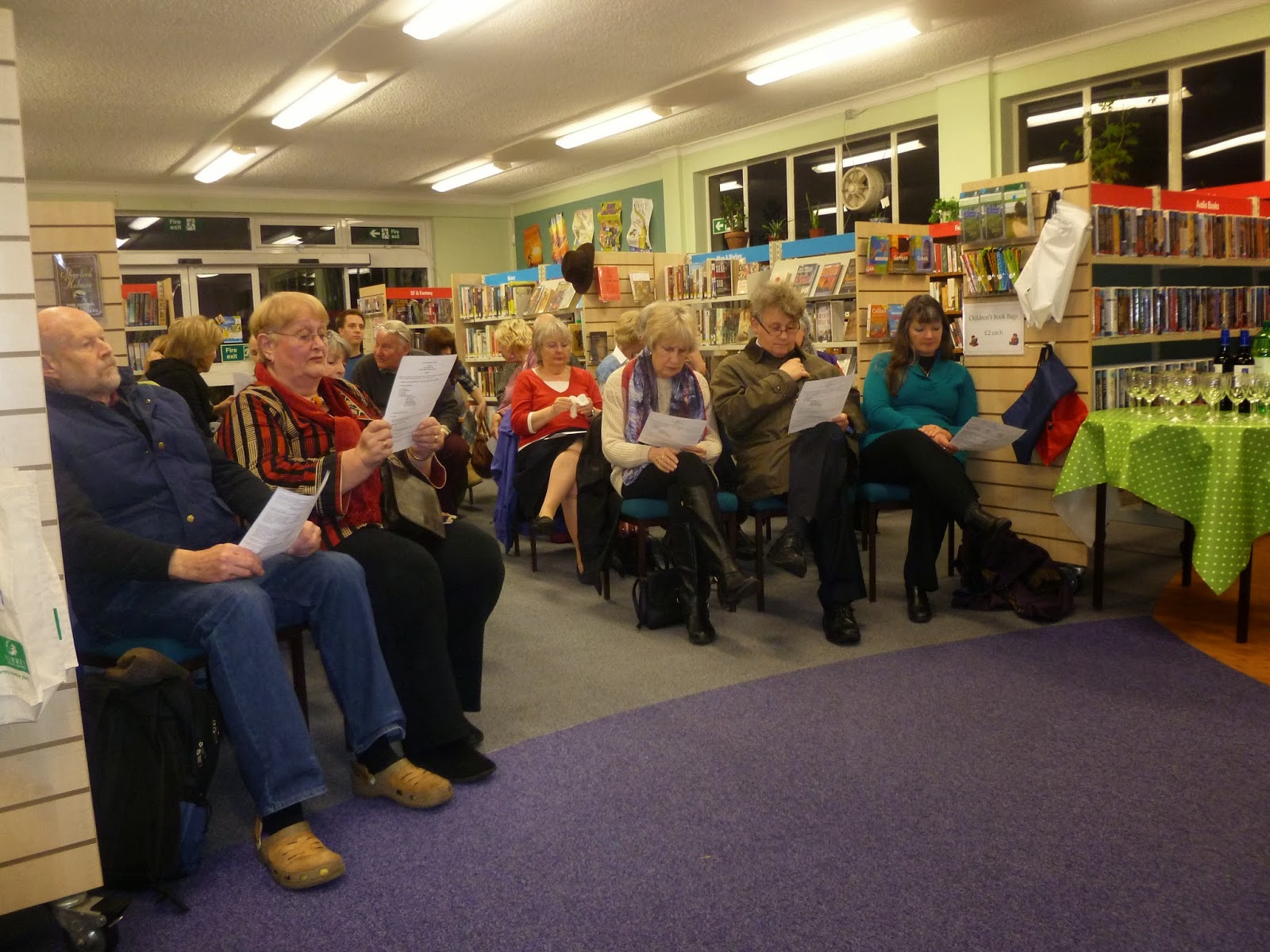 Prior to introducing Liam, Friends chairman Pauline Morozgalska listed some of the high points of the previous 12 months, including a successful ‘meet the author’ event with Bill Nicholson, the acclaimed author and screenwriter behind the cinematic version of Les Miserables. She told the meeting how the Friends had successfully obtained a grant from the RC Sheriff Trust to purchase a picture hanging system for the library, and had formed a partnership with Molesey Arts Society to display their work.

The Friends arranged Love Your Library Day in September to show off the picture system and other attractions such as children's rhyme time and computer classes. And the weekly coffee mornings introduced by the Friends in November continue to be well supported, and the group has purchased a fridge freezer to assist the coffee mornings.

Russell Seekins, who was stepping down as treasurer, said the Friends had income of £1,402.50 for the year but had spent £2028.81 on purchases for the Library, leaving the current balance at £1,244.69.
Pauline was reappointed Chairman for another year, with Steve Bax stepping up to Vice Chairman and Liz Cooper replacing Russell as Treasurer. Carol Parker and Mary Gill join the committee.
Posted by Steve Bax at 00:14 No comments: