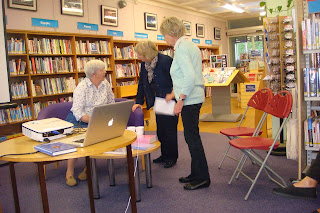 We'll all be seeing a lot more of Jane Austen as the famous author - beloved for classics like Pride & Prejudice and Sense & Sensibility - appears on £10 notes from 2017.

And at Molesey Library guests had an opportunity to discover more about Jane's life and times and settings for her novels, courtesy of the immensely knowledgeable Elizabeth Proudman, vice chairman of the Jane Austen Society and a life-long enthusiast for the author.

Elizabeth gave a talk at Molesey Library in April and painted a vivid portrait of Jane and her life and, in particular, of her attractive and talented family. 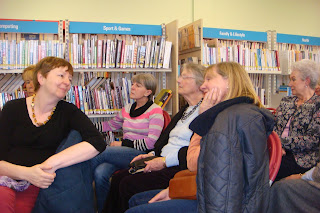 Jane’s father George had a handsome and charming man and her mother was witty. Jane’s sister Cassandra was her lifelong friend and, although little is known about her brother George, who lived with a local farming family, her five other brothers were all extremely talented and successful. Francis was a serving officer in the navy for 81 years and ended up as admiral of the fleet. Charles similarly had a long naval career and became a rear-admiral.  Edward, adopted by relatives, became a very wealthy man while Henry was a member of the militia and, for a time,  a successful banker who lived a very grand life.  James was an Oxford scholar before following his father into the Church. 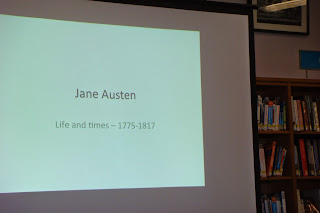 In her talk, Elizabeth acknowledged that Jane Austen had only a fairly short formal education but argued that her life with her family more than compensated for this and gave her a wide range of travel and experiences which she was able to draw on when writing her books. She said she had no doubts about Jane’s authorship of her books – contrary to the views of West Molesey author Nicholas Ennos (who was in the audience for Elizabeth’s talk) - who at a previous author event put forward his controversial view that the novels were written not by Jane herself but by her cousin and later sister-in-law, Eliza de Feuillide.

Elizabeth defended Jane’s authorship by pointing out direct links between Jane’s experiences in her own life and references and incidents in her books.

Elizabeth concluded that it was a fitting tribute to Jane Austen that she will join a distinguished line of great Britons who have adorned the nation's banknotes.