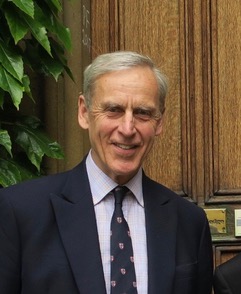 After the excellent talk about Iraq given to the Friends at January’s AGM by Sir Terence Clark, we are pleased to welcome another career diplomat - Stuart Laing - as speaker at our next Author Event on Tuesday 26 February.
Stuart Laing is co-author of a book on Omani-British history, Unshook Till the End of Time, took an MPhil at Cambridge in 2012 on the abolition of slave trading in the Indian Ocean, and has published a biography of Tippu Tip, the Arab ivory trader of the late 19th century.
His talk for us has the intriguing title Tippu Tip - Ivory, Slavery and Discovery in the Scramble for Africa.
In his Foreign Service career, Stuart Laing specialised in Arab and Middle Eastern affairs and served in Saudi Arabia and in Cairo, and then as High Commissioner in Brunei, Ambassador in Muscat, and later Ambassador in Kuwait. After leaving the world of diplomacy, he served as Master of Corpus Christi College, Cambridge for 10 years.
We hope you will be able to join us on Tuesday February 26 at 7.30pm - tickets cost £5. It is very helpful for planning purposes if you can commit by buying your ticket IN ADVANCE from Molesey Library.
Posted by Steve Bax at 16:39